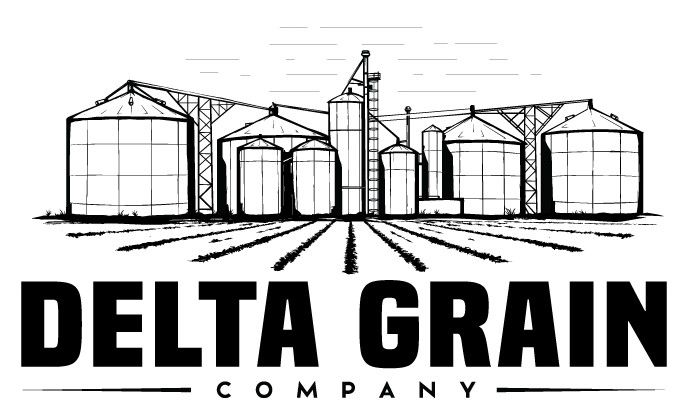 In the continuing saga of Express Grain Terminal’s bankruptcy, Inverness native Frank Brumfield’s Chicago-based FSB Companies has purchased the Sidon and Minter City portions of the business. Brumfield, the son of the late Bruce and Margaret Brumfield of Inverness – a longtime farm family, had been in the bidding during the bankruptcy auction but was outbid by UMB Bank which is EGT’s major creditor.

The new business, Delta Grain Company, has a new, freshly minted warehouse license that Fed Ex delivered last Friday from the State of Mississippi’s Department of Agriculture. Ag Commissioner Andy Gipson met with Brumfield prior to the purchase.

“I was very pleased to hear that a new business was going to buy these elevators and get them operational for this year’s harvest season,” Commissioner Gipson said. “When I found out they were being sold, I had a meeting with Mr. Brumfield and his team before it got down the road too far. I asked them what their plan was and made sure they were going to operate as traditional grain bins.”

Moreover, Gipson was happy it was someone with ties to the area and with a farming background who bought the company.

“The Brumfield family is well thought of in Mississippi, and from Mississippi, originally with a lot of Mississippi connections. My office issued the license effective July 1st and we’re glad to see new life come into those elevators after the tragedy of last year. They submitted all the required information and did so quickly and professionally.”

One of the benefits to farmers in the area is having a grain bin closer to home.

“With diesel prices averaging over five dollars, just having that extra market there to save fuel on transportation will be a huge blessing to farmers,” he said.

Brumfield, a 1984 Indianola Academy graduate and a1988 Mississippi State alum with a bachelor’s degree in agricultural economics, began his career at the Chicago Board of Trade as an independent financial futures trader. He then created The FSB Companies LLC in 2004, where he oversees diversified private investments. Through his company, Brumfield has business interest in 17 states including owning Mississippi farmland, a Michigan cattle operation, a commercial marina in Brandon, auto dealerships, retail centers, biotechnology, commercial development, energy, ag software and investing, multi-family and residential developments, airplane leasing, restaurants, a Nashville record company, insurance and much more. The Inverness native is happy to help the Delta community and is excited for the business opportunity.

“There was something pulling inside of me, this is my roots, this is where I’m from, maybe I can make something good out of a tough situation,” Brumfield said. “I’m no martyr but at the same time it’s something that’s near and dear to my heart – the Delta farming community. I thought maybe I could make a difference.”

The new business, Delta Grain Company, is open and “is soliciting business right away for early-season corn. We’re fighting a short time clock but this will be a good run for us to do whatever we can this season. Competition is good for the farmers, it gives them another option. And I think the competitors are glad to have this facility up and running because there’s not enough places for the grain to go. People were really concerned. Supply chain issues and diesel prices, it’s tough out there.”

Brumfield has been talking to local farmers and is ready to do whatever he can to “re-earn trust, that obviously we didn’t have anything to do with, but I can understand why there are some hard feelings. It’s been a tough situation. I don’t want to look behind us but look forward and make something really positive out of all of this.”

“We will pay people immediately if that’s what they desire, but if they don’t then we’ll make sure that they are always in good condition as we are in good condition financially. And I 100% believe that transparency and communication is what farmers want and that’s what we’re going to give them. If they want an ACH as soon as they’ve unloaded their grain and we’ve got it all sorted out, we’ll send an ACH right then. I’ll do whatever it takes to earn that trust back. We’ll earn it back with service and professionalism and trust and character and integrity. You’re only as good as your name in any industry. The Ag world is a small world. We only have one shot at this and we need to make the best of it.”

Growing up on a farm just outside of Inverness has helped Brumfield throughout his career.

“Those hot days working on the farm, you learn a lot about yourself, whether you can step up and do things or not,” he said. “It was a great way to grow up. I wouldn’t change one thing about it.”

Delta Grain Company is hiring back some former employees along with new personnel but Brumfield will bring his business acumen and skills to the table.

“What FSB Companies does is it’s my investment vehicle for my own private funds and we have a centralized talented team that runs businesses. We’re not elevator experts but we’re going to help install processes and workflow and we’ll be oversight but we’ll certainly have local people there 24/7 running it. We will be there and be a presence but not tell somebody who’s been running an elevator for 20 years how to do their job. But we’ll make sure all the processes are in place, compliance is in place and the financials are good. We’ll run a pretty tight ship.”

“We’re ready to open the doors and we’re excited about that,” Brumfield said. “We are definitely going to put a premium brand out there and back it up with premium service. The farmers there and the community there need a positive thing to happen. It was bought by somebody who really cares about the area and from the area and totally gets it. I’ve re-invested all over Mississippi. I may live in Chicago but I haven’t left there. I come back all of the time and spend a lot of time there on business and pleasure.”