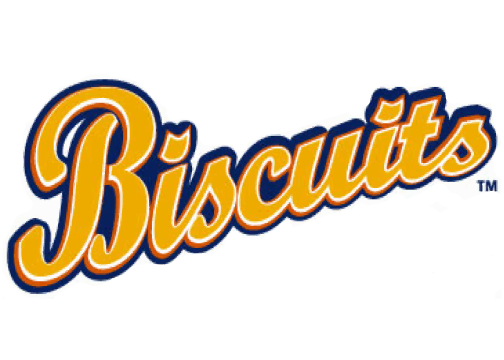 MOBILE, Ala. - The Biscuits clinched the second half championship with a 2-0 win over the Mobile BayBears Monday night at Hank Aaron Stadium.

The Biscuits are six games up in first place of the North Division with six games to go. The Biscuits own the tie breakers against the Smokies and the Barons.

Taylor Guerrieri went five scoreless innings for the win. Jeff Ames, Mark Sappington, Matt Lollis and Brad Schreiber went the final four innings and kept the BayBears off the board. Schreiber picked up his tenth save of the season.

Tyler Goeddel ripped an RBI double in the third inning followed by an RBI single from Cameron Seitzer to make it a 3-0 game.

The Biscuits will play the Chattanooga Lookouts in the Southern League Division Series starting on Thursday, September 10 in Chattanooga.

Tuesday is the series finale against the BayBears. LH Chris Kirsch will throw for the Biscuits against RH Gabriel Arias.

This story was not subject to the approval of the National Association of Professional Baseball Leagues or its clubs.